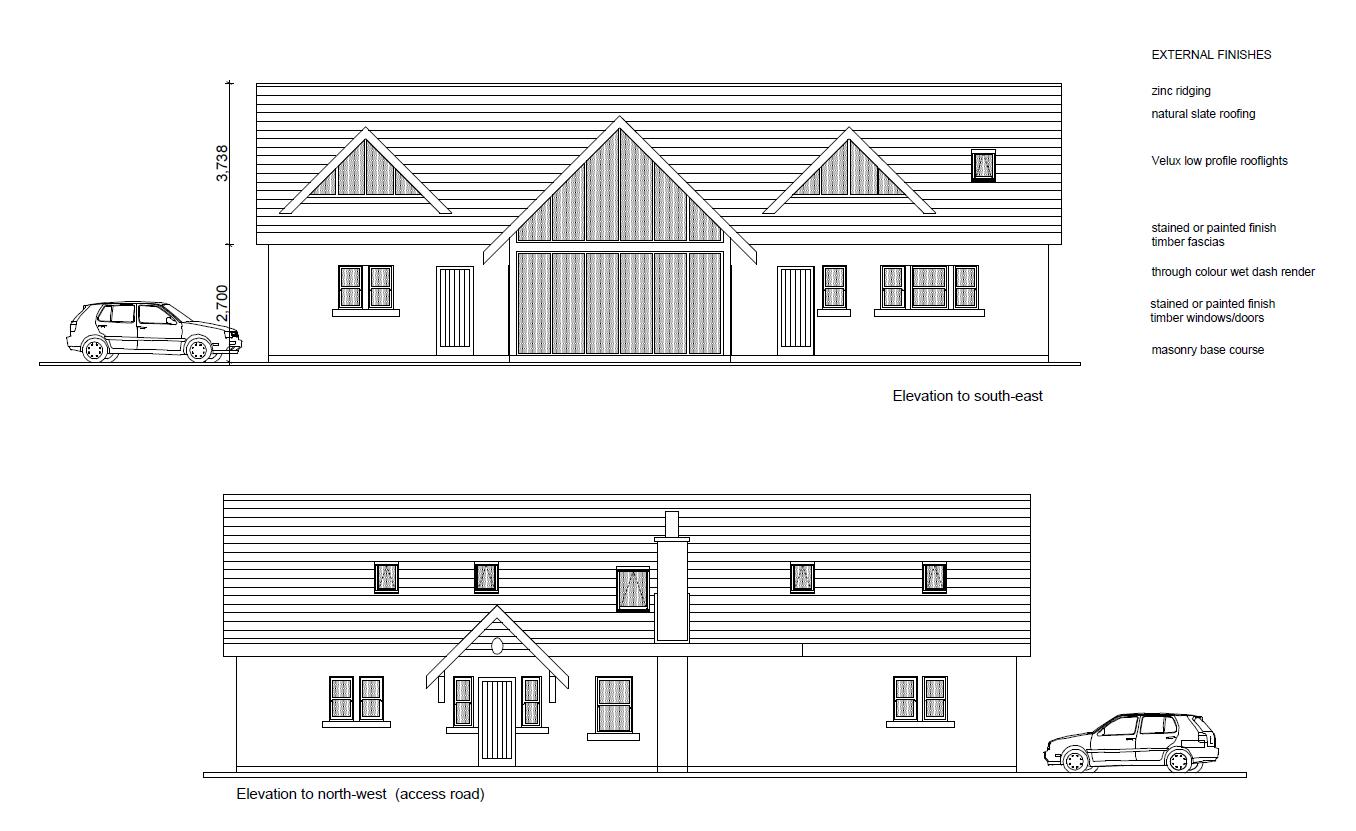 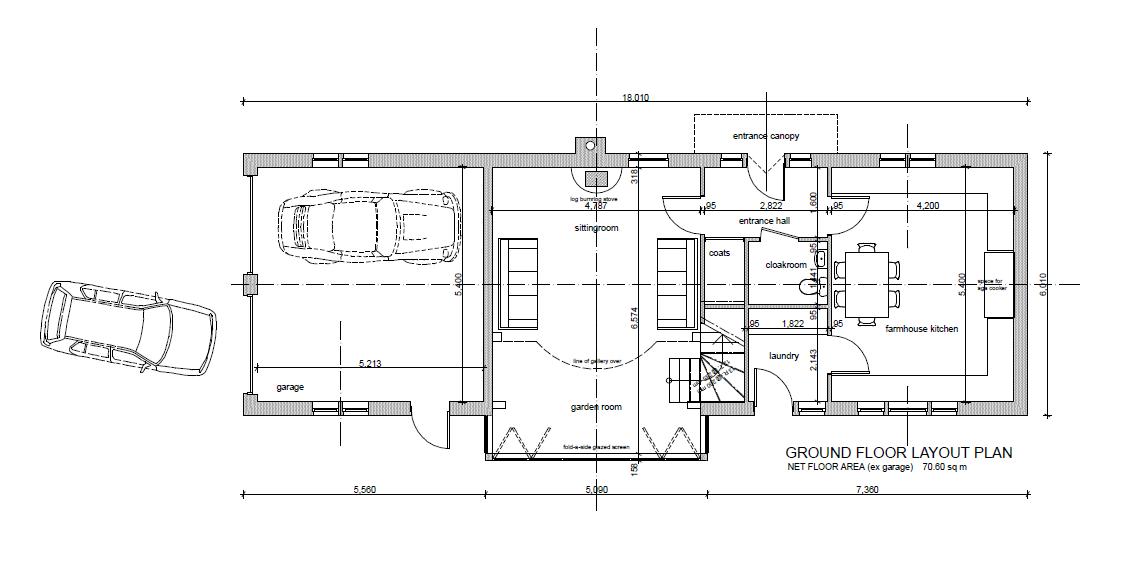 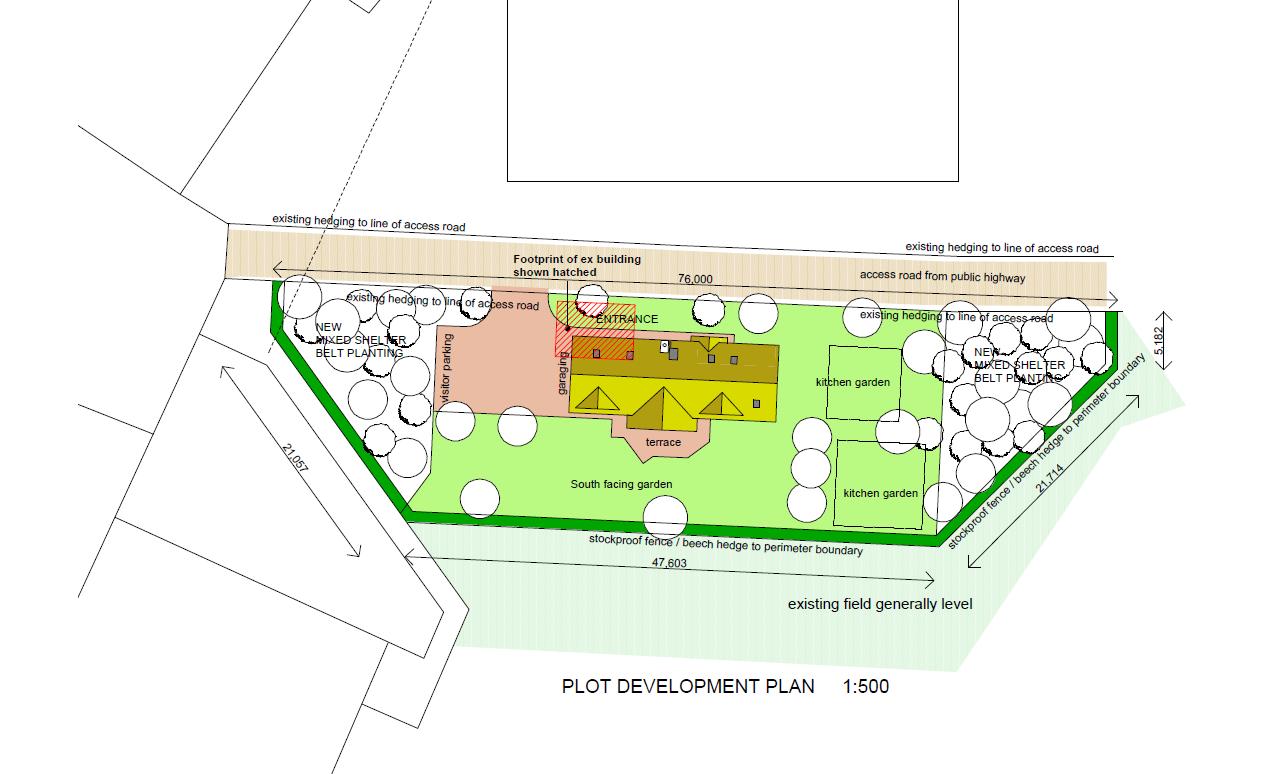 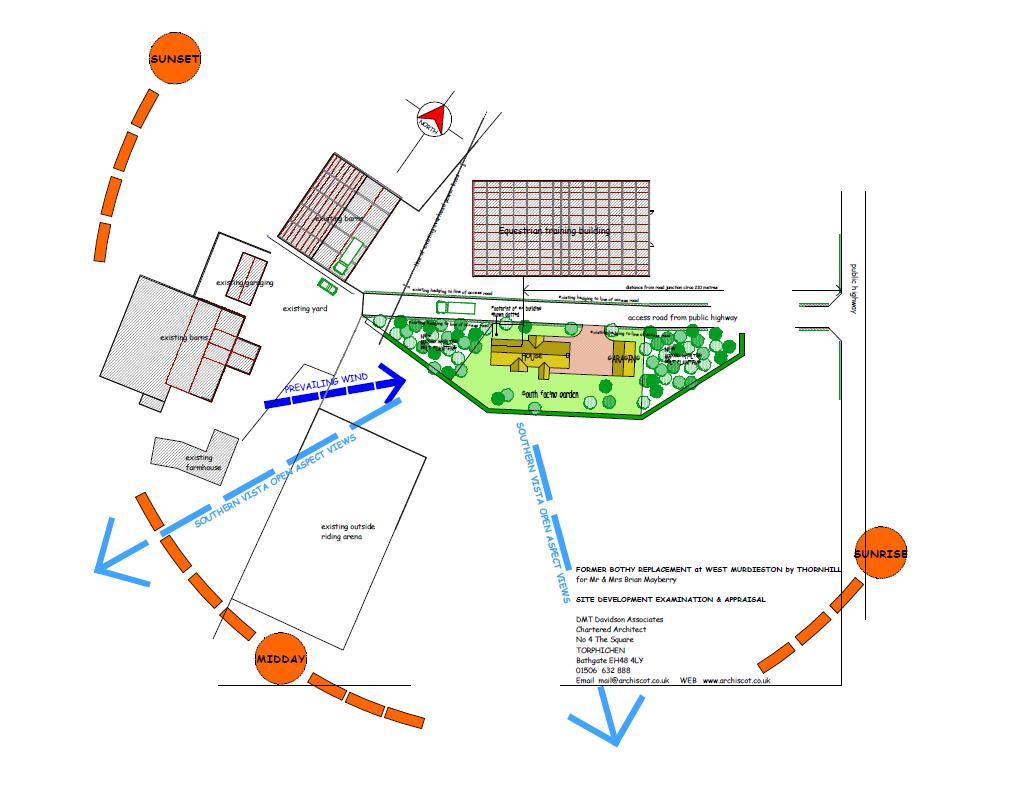 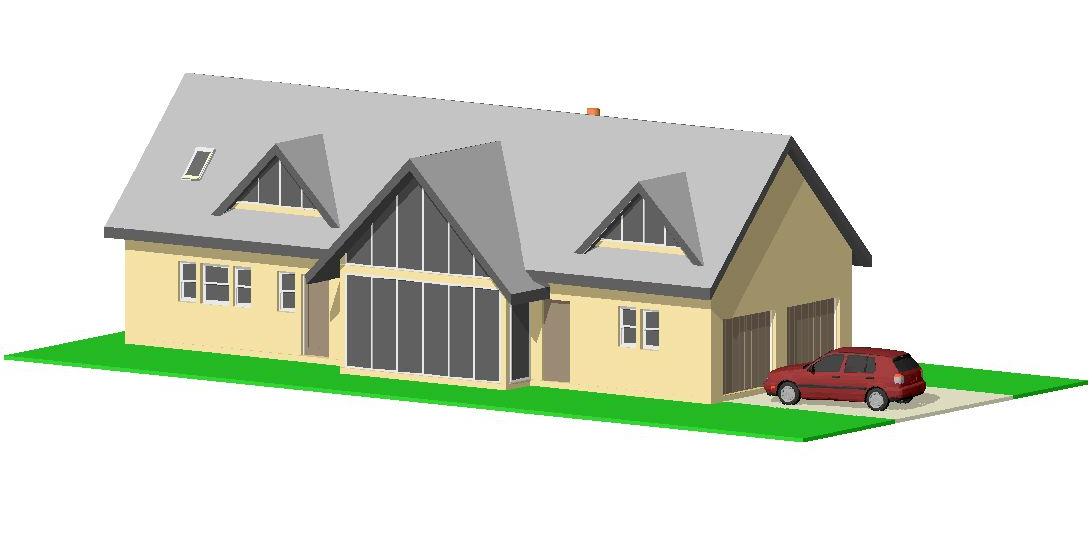 Initial Briefing Information:
West Murdieston comprises a former farming unit which is currently used for private equestrian
facilities. The site comprises a detached and extended former farmhouse with garaging, various
ranges of outbuildings and barns and a disused farmhand’s bothy dwelling together with a
purpose built equestrian training facility building and circa 24 acres of general grazing land.
The disused former bothy dwelling is of timber construction occupying a modest footprint at the
side of the property access road and appears to have offered the accommodation of
living/kitchen, bedroom and toilet. It is understood that the property was last occupied around
1959/60.
The client wishes to seek replacement of the former ‘bothy dwelling’ with a modest modern
dwelling offering low energy design to achieve sustainable carbon efficient living.